All SSDs include flash memory to store the data, a hardware controller and associated firmware that manages where and how the data is stored, and the host bus interface. To keep track of how the data is organized on the media, a mapping table is stored on the SSD. Some SSDs add RAM to increase the amount of mapping data immediately available and to cache data that has been written by the host system. Flash controllers with minimal RAM will read these mapping tables out of flash more frequently, reducing performance and increase the likelihood of read disturb.

RAM in an SSD can also enable the caching of writes, improving the appearance of its write performance. Depending upon the type of FTL used in the SSD (page- vs block-based) larger and more sophisticated mapping tables are needed.

The architecture diagram below shows the basic elements of an SSD, although the specifics can vary greatly as you climb the price curve. On higher-end SSDs you will likely find a separate RAM buffer in addition to RAM in the controller. This element would likely not exist on a low-cost USB disk which only uses the RAM found in the controller. 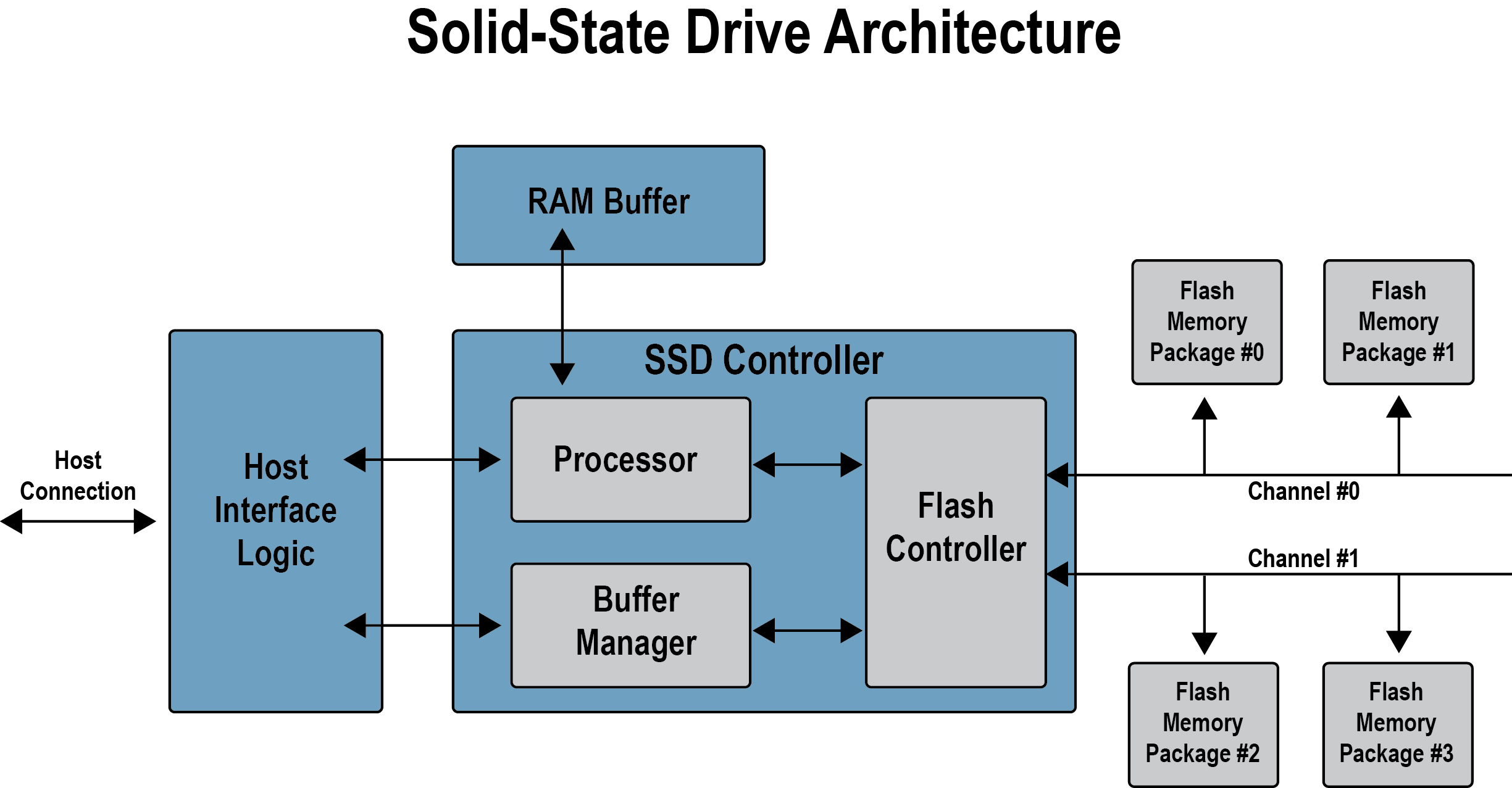 Flash pages cannot be programmed until the page has been erased. While individual pages can be written, erases must be done on blocks, which contain many pages. Each time a page is written an entry is made into a mapping table to help the FTL “find” the data again when it’s needed. This means that any valid data included in the block to be erased must be moved to an already-erased block. Erasing flash blocks is an order of magnitude slower than reading or writing a page and flash memory is limited in the number of times it can be erased.