Reliance Edge is deeply integrated with MQX, enabling developers to exchange the default file system for Reliance Edge without making extensive changes to their applications.

In MQX, file system drivers and I/O device drivers are all accessed by the application through the Virtual File System (VFS), allowing applications to access any storage device through a generic interface, such as ‘fopen()’. The path given determines which file system volume or device will be accessed (e.g. fopen("/myvolume/myfile")). Reliance Edge also behaves this way, so programs that function with any other file system will continue to work with minimal changes if the underlying volume is mounted with Reliance Edge instead of the original file system.The exception is that the File System Essentials API requires direct access to the Reliance Edge APIs, allowing the developer to keep RAM and CPU requirements at a minimum. 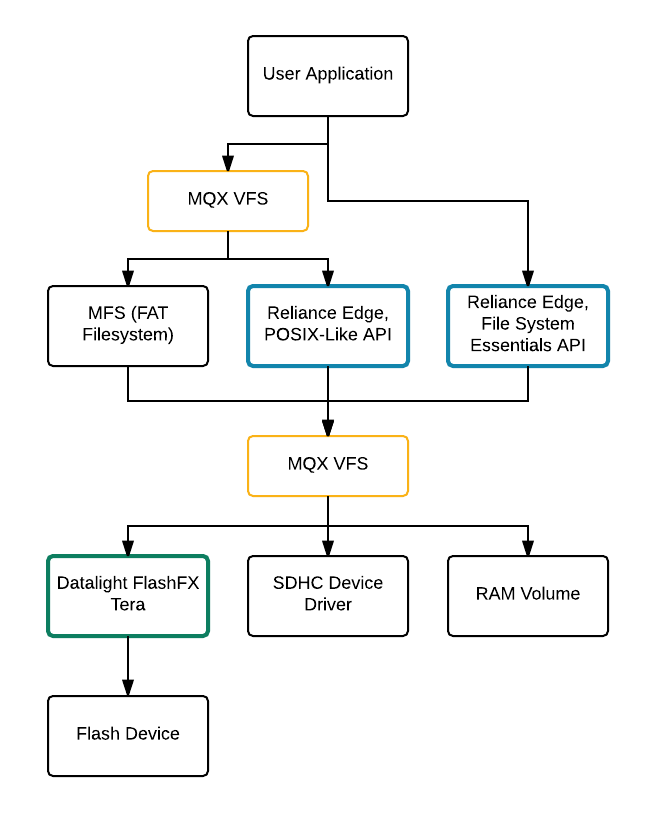 What is the existing file system and how does Reliance Edge compare?

For a generic comparison of Reliance Edge vs FAT and other file systems, see the product introduction section of the Reliance Edge developers’ guide.