CES 2017: The Year of the Autonomous Car

According to the keynote, for a computer to successfully control a car, it must see its surroundings and make adjustments in real-time. The seeing is handled by Artificial Intelligence (AI) that identifies obstacles, lanes, etc., and makes rational decisions given the changing environment.

But the computer also sees inside the vehicle, monitoring if the driver is falling asleep or not looking ahead, and can even go as far as identifying the driver’s mood. Imagine that you’re anxious or mad while driving – soon your vehicle will be able to tell you to calm down. We’re living in a very strange world.

However, no matter how advanced the computer, entrusting it to drive is difficult for me because automobiles have the potential to kill. NVIDIA, who claims to have been working on autonomous cars for 10 years, is well positioned to deliver the AI capabilities, as a GPU can be used for AI massive computing requirements instead of graphics.

BMW shared more than 60 vehicles that drove attendees outside on the convention grounds without any assistance. BMW’s slogan, “The Ultimate Driving machine” seems to be taking on a new meaning since the machine is now actually driving.

As you can see, some of the cars were swank and sexy like the one below, but others were not.

CES also featured all of the normal consumer electronics – TV’s, headphones, drones, speakers, etc. The IoT continued have a major presence at the show. GE shared their new line of appliances that will offer voice-controlled access via Amazon’s Alexa. I’m not sure how valuable it is to be able to say “Alexa, turn the oven to 350 degrees,” but now you can pre-heat without touching a button.

Not every company showing at CES was in the consumer or electronics industries. One such organization was NASA, which shared its Orion program, with the goal of sending men to Mars in 2030. Needless to say, such a program is an enormous undertaking, with astronauts traveling aboard a spacecraft for 6-8 months just to reach Mars and then staying on the planet for two years. The spaceship will not be large enough to provide a living space for such a long period of time, so NASA is building a space tent (filled with Air) that the astronauts will live in during travel and while on the planet. The picture below shows a model of the tent, as well as the beds the astronauts will sleep in. 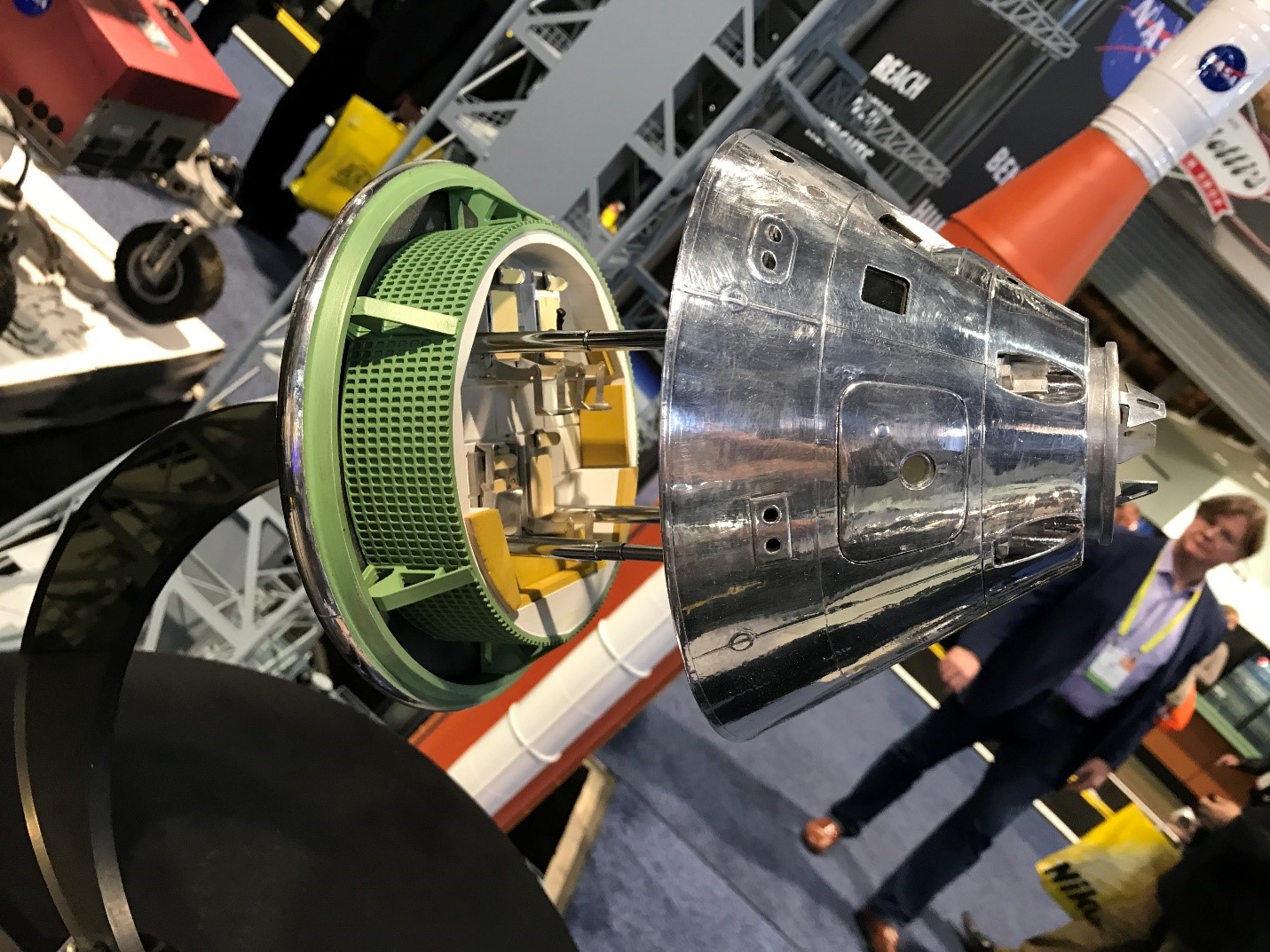 CES always features a broad variety of companies and devices, and the innovation on display is awe-inspiring. I’m proud to say that Datalight software has a place in many of these devices – from IoT enabled appliances that process, store and transmit data, to autonomous cars that count on reliable data to make decisions that could have life-altering consequences.