Explaining OverlayFS – What it Does and How it Works

Union file systems are a creative solution to allow a virtual merge of multiple folders, while keeping their actual contents separate. The Overlay file system (OverlayFS) is one example of these, though it is more of a mounting mechanism than a file system.

Brought into the Linux kernel mainline with version 3.18, OverlayFS allows you to overlay the contents (both files and directories) of one directory onto another. The source directories can be on different volumes and can even be different file systems, which creates an interesting mechanism for allowing temporary modification of read-only files and folders.

The simplest case (image below) involves two directories, each containing files and folders. We can think of them as “upper” and “lower,” with the rest of Linux and applications positioned above that. The “lower” directory is read-only. File access through the OverlayFS retrieves data from the “upper” directory first, and then defaults to the “lower” directory if a file doesn’t exist. 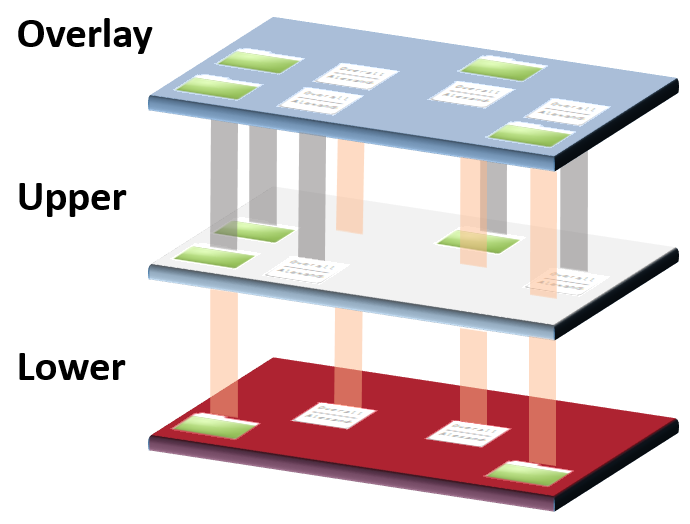 Note that the two original directories (“upper” and “lower”) are still directly accessible to the Linux kernel, but this access could be limited by the application.

Modifications to files in the “upper” directory will take place as usual. Any modification to a file from the “lower” folder will create a copy in the upper directory, and that file will be the one modified. This leaves the base files untouched and available through direct access to the “lower” folder.

Interestingly, a second task could copy modified files from the “upper” folder to the “lower” when modifications are complete. In this way, an OverlayFS setup could simulate some of the functionality of transaction points within the Reliance Nitro file system.

Have you used OverlayFS in your projects? Drop me a line or comment below.